September 25, 2014
Forbes
by Rebecca Ruiz
All About Organics

OCA Editor's Note: This Forbes story is an example of the mainstream media attacks on organic that resulted from the publication of an American Journal of Clinical Nutrition article surveying nutrition comparisons of organic and non-organic food over the last 50 years. Click here to read rebuttals and write the editors of your local papers to make sure they're properly informed about the superiority of organic food and agriculture.Picking a can of black beans is likely one of the most mundane grocery store tasks. Unless, of course, the choice is between organic and non-organic beans.

At a Manhattan Whole Foods , the store sells in-house non-organic and organic 15-ounce cans for $.89 and $1.09, respectively. But it also offers several brand-name organic beans that range between $2.19 and $2.39.

The added cost for organic beans seems like a small price to pay for a product that's supposedly better for you and the planet. Yet recent developments have called this trade-off into question, and that has once again put organics at the center of an ongoing debate about the American diet.

In 2008, consumers spent $23 billion on organic food. The market, which grew by 16% last year, is seen by many as an alternative to the practices of industrial agriculture; organic food is largely produced without pesticides, synthetic fertilizers, hormones and antibiotics. And though most organic food producers don't bill their products as more nutritious than conventionally grown food, the organic label tends to confer increased health benefits.

Yet according to a recent comprehensive review published in the American Journal of Clinical Nutrition, there is no evidence to support the claim that organic food has higher quantities of vitamins and minerals. In addition to that finding--contested by many organic food advocates--the USDA announced this month that it would audit the National Organic Program, which develops standards and accredits organic certifiers. The decision came at the behest of industry members who say the integrity of the program had been compromised in recent years with less-than-uniform guidelines.

This news points to how it's become increasingly difficult to trust the claim that organics are healthier for you--and the confusion has a lot to do with the complicated evolution of scientific research.

The trouble with relying on just one well-designed study to prove a claim is that another equally competent study may contradict its findings.

That's why Dr. Alan Dangour, the lead author of the AJCN study and nutritionist for the London School of Hygiene and Tropical Medicine, set out to compare the nutritional content of organic and conventional crops by conducting a systematic review of studies published in a 50-year time span. The study was funded by the U.K.'s Food Standards Agency, a government body that had no role in designing the study, collecting data, or analyzing and summarizing the results.

After eliminating sub-par studies, Dangour and his team analyzed the results of 55 papers and found no significant differences in eight of 11 nutrient categories, including vitamin C, potassium and zinc.

His team hasn't ruled out the possibility that future studies could demonstrate a quantitative difference between organic and conventional crops. The best research, he says, will come from high-quality field trials that compare crops grown on the same land.

Critics have called Dangour's study narrow in scope and methodologically flawed, but a recent editorial in the Lancet deemed it a "massive undertaking" and added that consumers who buy organics shouldn't expect a nutritional benefit.

Charles Benbrook is one of those critics. As chief scientist for the Organic Center, an industry-funded organization that researches organic farming, Benbrook has conducted research showing that organic foods contain greater levels of antioxidants and phenolic compounds, micronutrients that scientists think may be beneficial in protecting cells from degeneration.

"I don't want to oversell what the science shows," says Benbrook, "but I think it's a mistake to send a message to the public that it's not important to increase daily intakes of these."

Dangour's study also found that organic food had a slightly higher level of phenolic compounds, but the 3% difference fell within the 6% margin of error. Yet, even if Dangour's results were more conclusive, it's unclear what scientists would do with that information. Benbrook admits that it's not fully understood how antioxidants and phenolic compounds interact, how much of these micronutrients the body requires and absorbs, and what health benefits they impart.

Gary Hirshberg, CEO of the organic yogurt company Stonyfield Farms, believes higher levels of micronutrients translate into significant health benefits but does not market his products with that promise. (Stonyfield, which grossed $330 million last year, has contributed funds to the Organic Center).

Instead, Hirshberg focuses on the absence of hormones, antibiotics, pesticides and synthetic fertilizers, which may have relative health benefits by limiting exposure to toxic chemicals and antibiotic-resistant bacteria.

These are the paramount principles of organic food production, so it had concerned Hirshberg and other producers that the guidelines of the country's organic certification program have been loosely enforced. Some products--including baby food and grated cheese--have been labeled organic when they contain synthetic or stabilizing ingredients.

The National Organic Coalition, a group of farmers, advocates, environmentalists and industry leaders, lobbied for an external audit or the National Organic Program. (Stonyfield is not a member). The audit will review accrediting standards to ensure that certifiers are adhering to international guidelines.

Steve Etka, legislative coordinator for the coalition, characterizes questionable products labeled as organic as "blemishes" on an otherwise successful program.

Hirshberg welcomes the increased oversight, and says that research into the health benefits of organic food is linked to trusting the certification process.

"The broader point," he says, "is that organic is only as strong as the data and the enforcement."

In Depth: Organic Food, Behind The Hype

Organic Food Is Better for the Environment

Industrialized agriculture uses surefire but sometimes harmful methods to produce food. Among those techniques are the use of chemical fertilizers to promote quick growth, the use of pesticides to prevent insect infestations and disease, and the use of antibiotics and hormones to maximize growth and health of livestock. Products that are certified organic, however, use none of these methods and instead focus on soil and water conservation while reducing pollution. 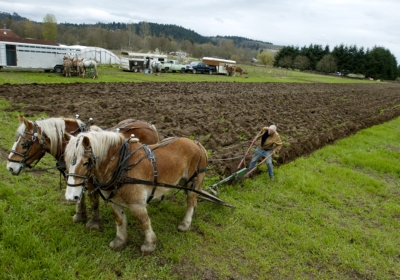 Producing organic food is labor-intensive, which is why it can be more expensive. Organic crops may not yield as much product as conventional crops, another reason for the price difference. Advocates of organic food, however, argue that conventionally grown food would be more expensive if the cost of environmental cleanup efforts and public health costs were included in the final price.

Organic Food Can Be Certified

To regulate the quality of organic products, the United States Department of Agriculture implemented a certification process in 2002, which helps consumers separate non-organic products marketed under the guise of being "all-natural" from those that are produced with genuine organic techniques. The USDA seal indicates that the product is made of 95% or more organic ingredients. 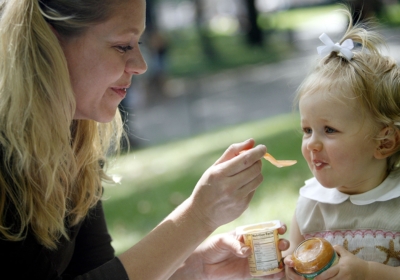 Though the USDA certification program offers reassurance to consumers, the government agency recently said it would audit the program to ensure that it is distributing uniform guidelines and standards to its certifiers. The National Organic Coalition, a group of farmers, advocates, environmentalists and industry leaders, have said that the current standards don't adhere to international protocols. Some products--including baby food and grated cheese--have been labeled organic when they contain synthetic or stabilizing ingredients. 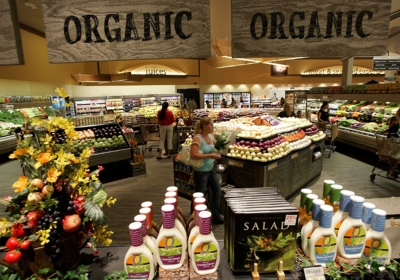 There Are Plenty of Organic Choices

In 2008, consumers spent $23 billion on organic food--a significant increase from 1997, when sales were just $3.6 billion. The growing market has even lured major food manufacturers like General Mills, Kellogg and Dean Foods. There are now 16,000 certified organic food producers and handlers in the country and an additional 11,000 in 100 countries permitted to export organic food to the U.S. That means it's much easier to choose from several different organic brands than it was 10 years ago. 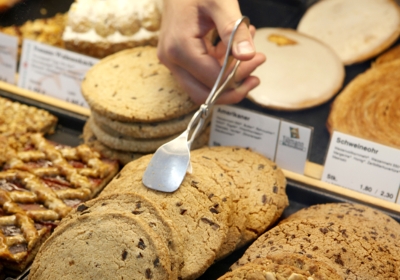 Just because a box of cookies or a carton of ice cream is labeled organic, doesn't mean it's healthy. It can still be loaded with fat, sugar, calories and salt. John Mackey, the CEO of Whole Foods, recently acknowledged this contradiction when he admitted that the organics and health food chain often "sell[s] a bunch of junk." 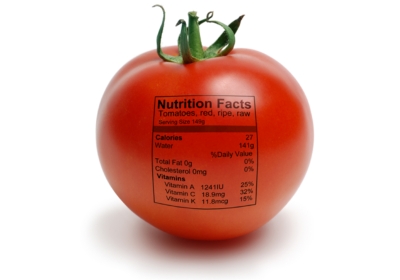 While advocates argue that organic food contains higher levels of key nutrients, there's no overwhelming scientific research to prove that claim. A recent systematic review of 55 studies found that organic food had no significant differences in eight of 11 nutrient categories, including vitamin C, potassium and zinc. Dr. George Blackburn, the S. Daniel Abraham chair in Nutrition Medicine at Harvard Medical School, says any differences between organic and non-organic food in terms of nutrient content is negligible.

Homeopathy Bombshell Coming
Soil Health Is Human Health
Americans Actually Agree on Something — They Want Products Free of Harmful Chemicals
Time for New Approaches to US-Mexico Corn Trade
Netherlands to Close Up to 3,000 Farms to Comply With EU Rules