August 1, 2022
Regeneration International
All About Organics

The Billion Agave Project is an innovative strategy that consists of the association of trees or shrubs of leguminous species interspersed in strips with annual crops or perennial grasses. The woody elements are pruned periodically to prevent them from giving too much shade to the crops and the pruning are used as green manure for the soil and to enrich the forage derived from the pruning of the agave leaves, which are used from the third year.

This project begins its second season. There have been several challenges and lessons learned, however, much progress has been made in the following steps and scopes.

At the beginning of the mesquite plantation, small trees from one year to 1.5 years old with an approximate size of 60 to 80 cm were established, however, in most of the areas where they were established they were possibly cut down by field mice or hares. This made us pay more attention and emphasis on mesquite propagation using the layering technique, which was promoted about 20 years ago by Dr. Rafael Ramírez Malagón. This technique allows mesquite to be propagated from different trees and with different characteristics to choose from: pod size, quantity, flavor, size, tree health, etc. Once we select the trees, we make ring-shaped cuts in the bark of the branches destined to become trees. Subsequently, we placed the first field layers associated with maguey lines. These branches have resisted establishment in the field, equaling in size to trees of 3 to 4 years, with this the processes of establishment of the species and therefore of soil regeneration are advanced. It is important to mention that this project integrates the species described above into the landscape without the need to remove the current vegetation to regenerate the soil, diversify the landscape and the productivity of this system.

It is important to mention that the lands where this system was established were slightly eroded, overgrazed or simply lands of traditional milpa cultivation. 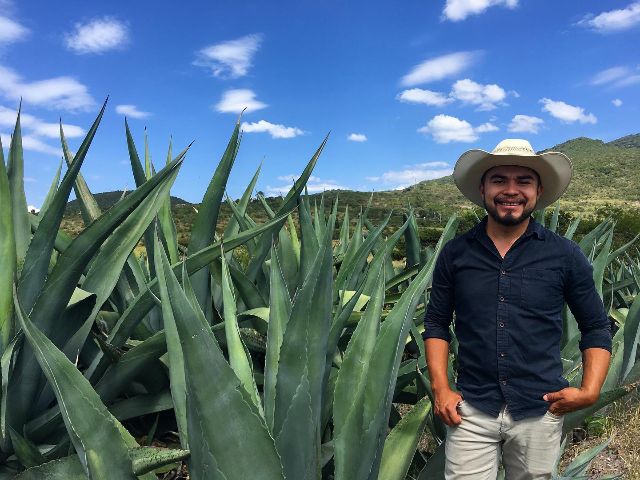 The second stage begins and now that mesquite layering is part of the annual planning of activities in the Agroecology Park, there is a special season for layering after the hibernation season (from November to the end of January). Many of the layers obtained have been used to replenish the spaces with maguey and we already have some specimens that have been established for a year. This will guarantee the works of reforestation and establishment of the precursor vegetation.

The following activities are planned for this second stage:

1.- Development and layering of mesquite for reforestation.
2.- Propagation of agaves by seeds in raised beds.
3.- Propagation of other native legume species such as guajes, palo blanco, tepame and huizaches.
4.- Establishment of more than 1,500 layers of mesquite.
5.- Replacement of maguey plant.
6.- More than 30,000 magueyes established in Vía Orgánica and other communities.
7.- Exploration of new forest species.
8.- Establishment of the native grassland.
9.- Sowing of cover crops.
10.- Maguey and mesquite forage diet for small ruminants.
11.- Mesquite layer acclimatization nursery.
12.- Integration of the maguey to the forest model of the Regenerative Farm.
13.- Design of informative visual material.
14.- A campaign has been promoted to collect mesquite pods.
15.- A constant maguey fodder production rate has been established, close to 70 tons per year of fodder. A fact that is only possible with the maguey plant in a semi-arid zone.
16.- Groups of producers, students, technicians, organizations and schools have been received to learn about the billion agaves and their benefits.
18.- Experimental or demonstrative spaces have been promoted in other communities with the planting of maguey.
19.- The first Agaves and Mesquites Diploma: Regenerating Semi-arid Zones was designed and is being worked on jointly with the University of Guanajuato.

These are some of the relevant activities of The Billion Agave Project that will serve as a basis and guide to execute the next steps to follow. 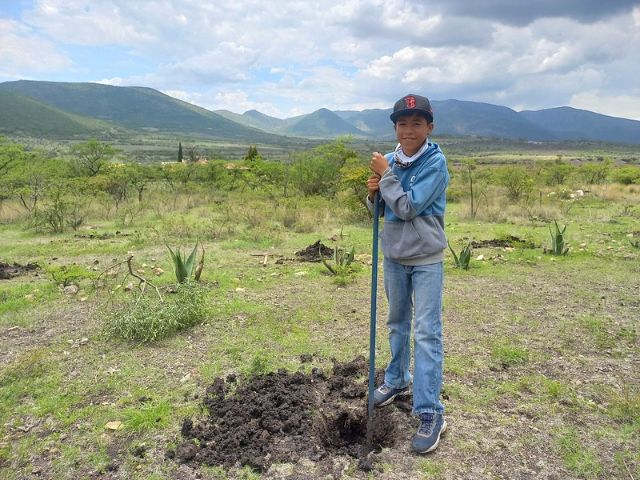 One of the constant tasks has been learning and training, especially for the young people who have participated from the beginning and the alliances and links with other organizations, projects and schools, in order to complement the research and expand the opportunity to have maguey and mesquite as an agroecology proposal suitable for a semi-arid landscape so common in recent decades.

It is important to remember that both maguey and mesquite are pioneers in plant succession, that is, they allow other vegetation to establish itself by stopping and regenerating the soil. This gives way to the development of secondary species such as grasses, herbs and shrubs, even medicinal or melliferous.

By living together, these plants generate different environmental services, promote diversity by needing pollinators, and form a habitat for the native fauna responsible for biological control. This system produces large volumes of biomass that could undoubtedly be a substitute for other forages that require large amounts of water, what to say about the derivatives obtained as food, fibers, firewood, distillates, flour, handicrafts, sweets, landscaping, etc. This set of plants, as Dr. Luis Parra mentions: “They should be considered as first-class plants and not second or third, as they are the most suitable for producing high volumes of biomass in the face of the effects of climate change.” 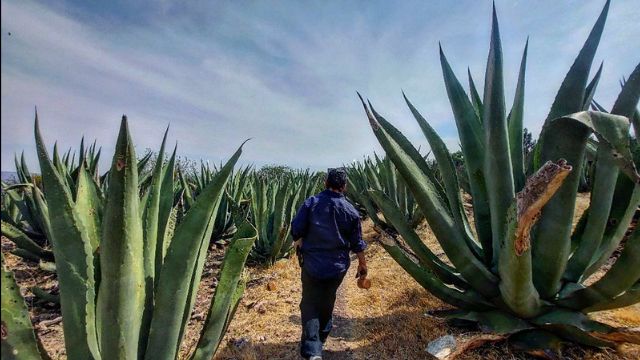 We share this article written by Patricia Zavala Gutierrez for the Global Press Journal entitled “Mezcal producers recycle the waste generated by this spirit drink” where they talk about our project. 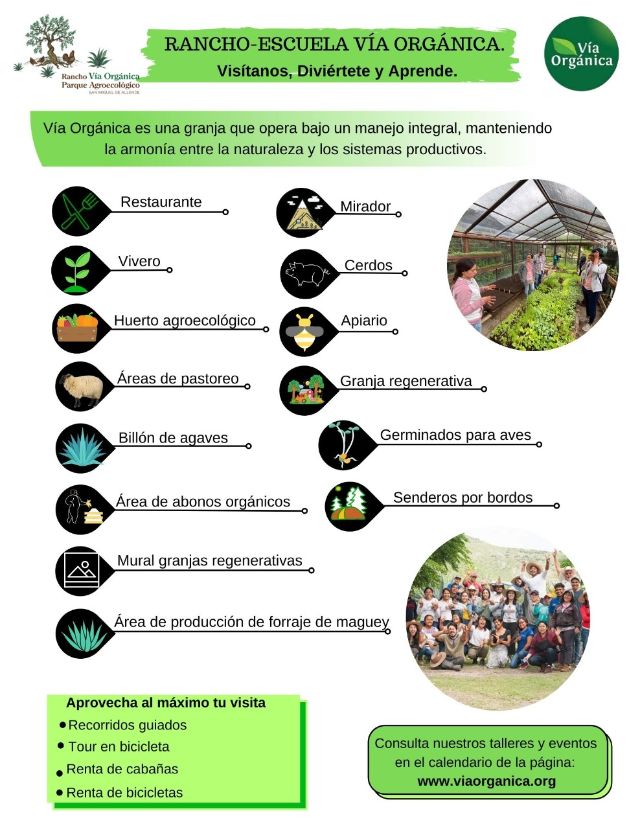 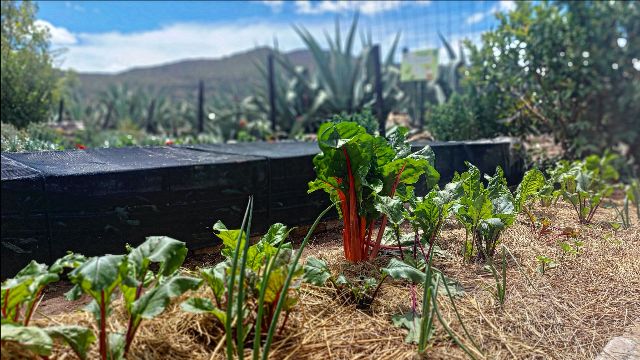 Recommendations for your garden during the rainy season:

– Uncover the beds, let the rain wash and nourish the leaves of your crops.
– Cut the flowers of your plants so that you allow them to give more buttons and flowers.
– Monitor your garden, sometimes surprise plants appear that sprout thanks to humidity.
– If you have earthworm humus or mountain microorganisms, apply them by spray, especially on cloudy days or after a rain.
– If your soil is quite moist, just plant and fertilize or transplant and fertilize, but don’t move it and less rotate it.
– It is important to prune basal leaves in some crops to promote the development of new leaves or the entry of light. Only if necessary and if not, the same leaves keep humidity and are the protective roof of the microbiology of the soil.
– If you begin to see the first grasshoppers or miniature grasshoppers, just apply 100 ml of nixtamal nejayote in 1 liter of water to prevent them from affecting you too much. 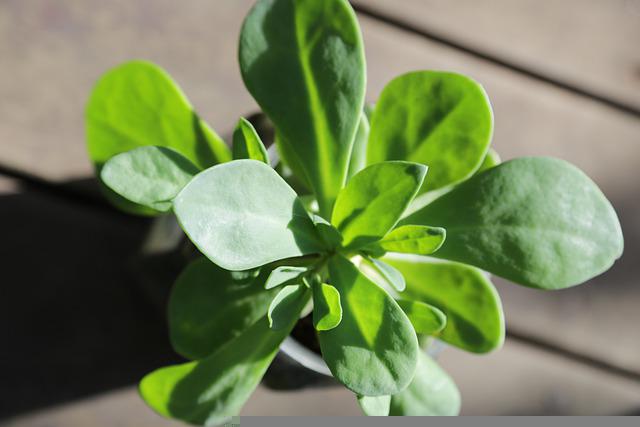 Mix your leaves and raisins, add a tablespoon of olive oil olive oil, add the apple and serve in a bowl, sprinkle with sesame seeds.

Enjoy your salad at all hours and remember that purslane only grows in this season. 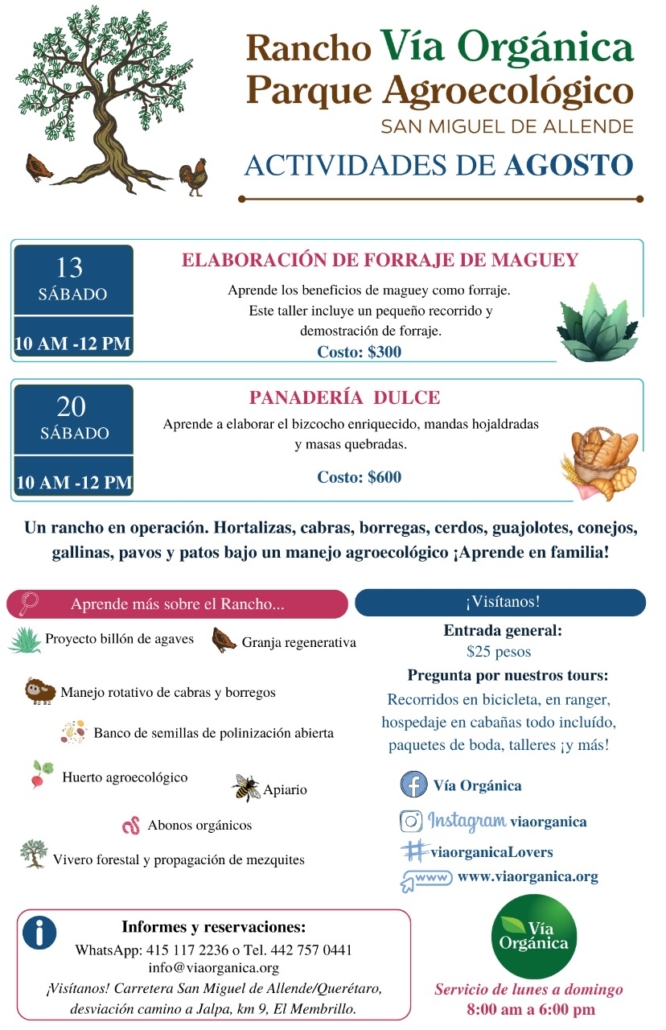 JOIN THE ECOSYSTEM RESTORATION CAMP AT THE VÍA ORGÁNICA RANCH IN MEXICO
FROM SEPTEMBER 5-11, 2022

DON’T FORGET TO VISIT US!

Remember that we are open from 8 am to 6 pm
Carretera México/ Querétaro, deviation on the way to Jalpa, km 9
Agroecological Park Vía Orgánica.
For information on our products, seeds and harvest,
call our store at 442 757 0490.
Every Saturday and Sunday nixtamalized tortilla with Creole and local corn!
Enjoy our sweet and sour kale chips for children and not so children!